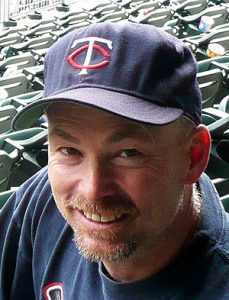 Michael Dorsher is an emeritus professor of journalism at the University of Wisconsin-Eau Claire and president of the Fulbright Association-Minnesota Chapter. He was a Fulbright Scholar at McGill University in Montréal in 2008-09. Conversant in French and Spanish, he’s leading a team of journalism students on a multimedia, bilingual reporting trip to Peru in January 2012, and he taught Web design at Harlaxton College in the U.K. in 2008. Before earning a doctorate from the University of Maryland in 1999 and joining the UW-Eau Claire faculty in 2000, he was an award-winning journalist for 20 years, capped by four years as a founding editor of washingtonpost.com. He is the co-author of “Controversies in Media Ethics” (2011, Routledge), its website, “The Encyclopedia of Journalism” (2009, Sage) and dozens of websites with his students. Michael directed the program in Nice, France from 2014 through 2016.