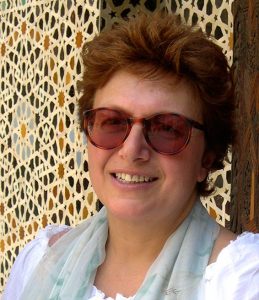 Mary D'Ambrosio (Bologna, Italy Director) is an assistant professor of journalism at Central Connecticut State University, and previously taught at New York and Columbia universities. A writer specializing in international issues, she has reported from the U.K., Turkey, Italy and Latin America. She served as an editor at Global Finance magazine in New York, a reporter for the Associated Press in Venezuela and a correspondent and book reviewer for the San Francisco Chronicle. Her work has also appeared in Islands, Institutional Investor, Working Woman, Working Mother, Worldpress, Newsday and the Miami Herald. In 2009, she founded Big World Magazine, to feature multimedia storytelling about places. She holds a B.S. in magazine journalism from Syracuse University, and an M.Sc. in economic history from the London School of Economics. She edited ieiMedia’s Urbino Now magazine in 2010. She was also the founding director of ieiMedia’s Istanbul global reporting program, and led it from 2011-2015.