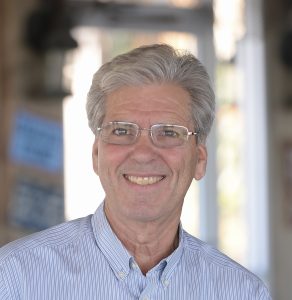 Bob Marshall is a New Orleans journalist whose reporting on Louisiana coastal issues at The Times-Picayune and The Lens has been recognized by two Pulitzer Prizes; the John H. Oakes Prize for Distinguished Environmental Reporting from Columbia University; the Keck Award for best science reporting from The National Academies of Sciences, a national Edward Murrow Award from the Radio, Television and Digital News Association, Gannett Award for Innovative Watchdog Journalism from the Investigative Reports and Editors Association, The National Headliners Award and many others. In previous lives Bob’s work as a sportswriter led to induction into the Louisiana Sports Hall of Fame, while his achievements as an outdoors writer resulted in selection for the Circle of Chiefs, the highest award for conservation writing from the Outdoors Writers Association of America. Bob lives in his native New Orleans with his wife, Marie Gould, founder of Louisiana Lost Lands Environmental Educational Tours. Bob teaches in Urbino, Italy.