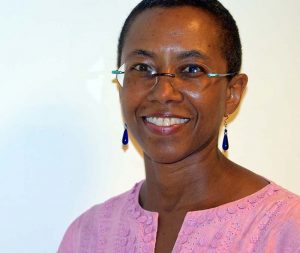 Venise Wagner (Reporting – ieiMedia Fellow) is an associate professor of journalism at San Francisco State University. She spent 12 years as a reporter for various California dailies, including the Hearst-owned San Francisco Examiner and San Francisco Chronicle. While at the Examiner she covered education and issues in the Bay Area’s various black communities. She was also a religion and ethics reporter for the Orange County Register and The Modesto Bee. Her work has also been published in Parade, Mother Jones, and Hope magazines. At San Francisco State she developed a curriculum that focuses on marginalized communities and structural inequities. She is currently co-authoring a book that offers journalists reporting tools and strategies to improve coverage of racial inequities. Wagner graduated with a bachelor’s degree in chemistry from the University of Illinois, Champaign-Urbana and a master’s in Latin American studies from the Monterey Institute of International Studies. Wagner taught in Istanbul from 2013 through 2015.