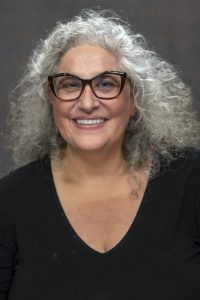 Terri Ciofalo is the associate director for production and the director of new work at Krannert Center for the Performing Arts as well as a member of the stage management faculty in the Department of Theatre at the University of Illinois. An expert logistical manager, Terri has toured nationally and regionally with a variety of theatre artists and dance companies as a Production and Stage Manager.  Originally from New York City, she was the production manager and production stage manager for Cedar Lake Contemporary Ballet prior to joining Krannert Center in 2007. Terri has stage-managed for the Yale Repertory Theatre, Long Wharf Theatre, Baltimore Shakespeare Festival, American Players Theatre, Rattlestick Playwrights Theater, and Maryland Stage Company and has toured with Ralph Lemon, Urban Tap, and American Repertory Ballet, among others.

Prior to earning her MFA from the Yale School of Drama in 2000, Terri worked as a Communications Operations Manager for T. Rowe Price as well as a freelance Communications Professional writing, editing and designing publications for various non-profit organizations in the Maryland/D.C. area. She is happy to blend both her publications background and her logistical management experience.  Terri first joined the ieiMedia faculty as Program Director for the Armagh Project bringing American college students to Northern Ireland each summer to study playwriting, performance, creative writing, and journalism..