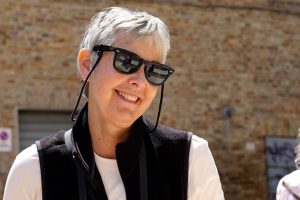 Susan West is a principal at West Gold Editorial consulting, where she has helped launch magazines such as Dwell, trained online editors at websites such as BabyCenter, and advised publications from the New England Journal of Medicine to Cooking Light and Acoustic Guitar. With an M.S. in science journalism from the University of Missouri at Columbia, West started her career as a staff writer at Science News and Science 80. In 1986, she co-founded a popular health magazine called Hippocrates (now known as Health and owned by Time Inc.), which won four National Magazine Awards during her tenure. In 2009, she served as the founding editor of the travel magazine Afar, which was named Best Travel Magazine in North America by the Society of American Travel Writers. She has also been the executive editor of Smithsonian magazine and of the Food and Environment Reporting Network, an award-winning non profit newsroom that partners with major media outlets to produce in-depth stories about food, agriculture, and environmental health. For many years she oversaw the magazine launch projects at the Stanford Professional Publishing Course. She directs the magazine component of the Urbino, Italy program.