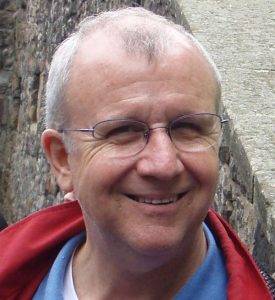 Rustin Greene spent his first career as a television writer/producer/director, earning two Los Angeles Area EMMY awards and three Cable ACE awards. Rusty is now in his second career, teaching in James Madison University’s School of Media Arts and Design. Rusty continues to write and produce, and his programs have earned several awards, including a third EMMY for a NASA education program. Rusty has been a Bridgeforth Endowed Professor, and received the JMU Alumni Association 2006 Distinguished Faculty Award. Rusty has been immersed in international education for many years, directing JMU’s London Study Abroad programs for nine years, and teaching and directing programs in Florence, Montreux, Cairo, and London. Greene taught promotional video in Urbino from 2013 through 2016 and will return to Urbino in 2017.