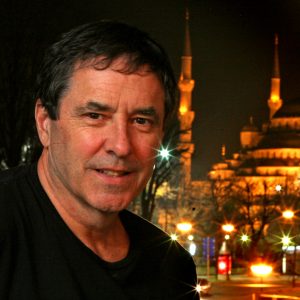 Robert A. Reeder has taught photojournalism as well as mentored graduate photojournalism students at the Corcoran College of Art and Design in Washington, DC. Prior to that he lived and worked in Amman, Jordan and in Chisinau, Moldova, photographing political struggles in the former Soviet state while also teaching at the Independent Journalism Center. He retired in 2006 following 16 years at the Washington Post as a staff photographer, before going on to help start the wildly successful Politico as photo editor/photographer just prior to moving abroad. Since graduating college he’s worked as a staff photographer on newspapers in Shreveport, Louisiana; Bremerton, Washington; Chicago, Illinois; Middletown, New York and Washington, DC. His work has been widely published and recognized by White House Press Photographers Association, National Press Photographers Association, as well as other organizations. This past summer he became a certified yoga instructor. He has taught in Urbino, Italy, Florence, Italy and Oslo, Norway.