ieiMedia has generated attention from publications in the U.S. and abroad. Below is some of the coverage our programs have received. 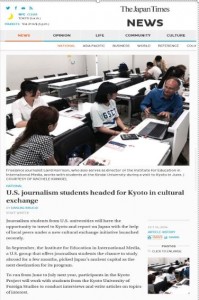 The 2017 Kyoto Program was featured in The Japan Times, which is circulated in more than 100 countries and is the largest-circulation English-language newspaper in Japan. 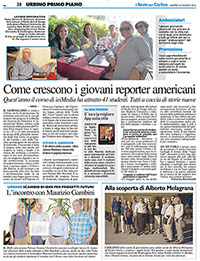 ieiMedia's Jerusalem program is featured in PBS Mediashift. Read the article "Forcing Students to Step Outside Their Comfort Zone in Jerusalem." (August 22, 2013)

Lindenwood University graduate assistant Mikayla Francese shares her experiences as an ieiMedia student in Urbino 2012 in an interview with Lindenlink MAG. (September 2012)

IeiMedia's Istanbul internship program has been named a finalist for GoAbroad's Innovative New Program Award. Check out the list of finalists at: http://www.goabroad.com/blog/2012/05/08/goabroad-innovation-awards-finalists-program-internship/ (May 8, 2012) 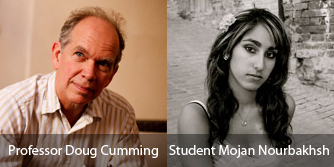 ieiMedia encourages students to republish work produced for its programs in other venues. Our students have published in the following.

The following stories appear in Worldpress

The Kurdish Struggle for Identity in Turkey, Morgan Brinlee, Worldpress

The following stories appear in The Hurriyet Daily News