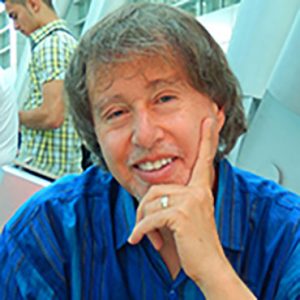 Jeffrey Brody is an emeritus professor of Communications at State University, Fullerton. His teaching focuses on international journalism. He has taken students to Cambodia, Costa Rica, Guatemala and Vietnam as well as Spain, where is directed the ieiMedia program in Valencia for five years.

His research interests include the Internet, ethnic press, newspaper industry and the Vietnamese American experience. He is co-author of "The Newspaper Publishing Industry," and an oral history of Yen Do, the founder of the Nguoi Viet Daily News, the largest Vietnamese-language newspaper in the United States. Brody also has been associate producer of "Saigon USA," a documentary film, and selections from his documentary photography exhibit, "The Vietnamese: Self Portrait of a People," were included for an exhibit at the Smithsonian National Museum in Washington, D.C. and for a touring Smithsonian exhibit in cities across the United States. He has presented juried papers at international conferences in Greece and Poland and been a Jefferson Fellow at the East-West Center Institute of Culture and Communications in Hawaii.

Brody has a master's degree from the Columbia University Graduate School of Journalism and received doctoral equivalency from California State University, Fullerton. He is an award-winning reporter with more than a dozen years experience the newspaper industry and has written freelance articles for newspapers and magazines. Brody has appeared on a ABC Nightline segment, National Public Radio, Which Way LA, AirTalk, and been interviewed by The New York Times, The British Guardian, The Los Angeles Times, and other major publications. He has received grants from the Ford Foundation, the McCormick Foundation and presented research papers and creative work before the Association for Education in Journalism and Mass Communication, American Sociological Association, Association of Asian American Studies, Associated Collegiate Press, College Media Advisers and the American Association of Colleges and Universities.