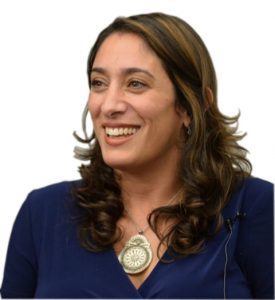 Ilene Prusher is a full-time journalism instructor at Florida Atlantic University, where she is also a faculty fellow in the Peace, Justice and Human Rights Initiative. She is an award-winning journalist and author who has reported widely in the Middle East, Asia and Africa. Prusher will serve as director of ieiMedia Jerusalem after having taught in the program for three summers, from 2013 to 2015. Prusher, who holds a Master’s degree from the Columbia University Graduate School of Journalism, has covered some 30 countries in the course of her career as a foreign correspondent. She was a staff writer for The Christian Science Monitor from 2000 to 2010, serving as the Boston-based newspaper’s bureau chief in Tokyo, Istanbul, and Jerusalem. During this time, she covered the conflicts in Iraq and Afghanistan, and was nominated for a Pulitzer Prize for “What’s a Kidney Worth,” a wide-ranging investigative story on organ trafficking. She won the United Nations Correspondents’ Association (UNCA) Award in 1998 for her coverage of Somalia. From 2013-15, Prusher was a regular contributor to TIME magazine from Jerusalem, a reporter and columnist for Haaretz, and the host of a weekly public affairs program at TLV1 Radio in Tel Aviv. Prusher’s most recent articles have been published in the New York Times Book Review, as well as The Monitor and TIME, for whom she covered the Orlando nightclub shooting. Prusher started her career as a reporter at The Philadelphia Inquirer. Moving to the Middle East in 1996, she wrote for Newsday, The New Republic, The Financial Times, The Guardian, The Observer and the Jerusalem Report. Her book “Baghdad Fixer,” a novel about the war in Iraq, was released in November 2012 by Halban Publishers in London and Independent Publishers Group in the US in 2014. Prusher has also taught courses in international reporting and covering conflict for NYU-Tel Aviv, IDC Herzliya, and the Hebrew University of Jerusalem.