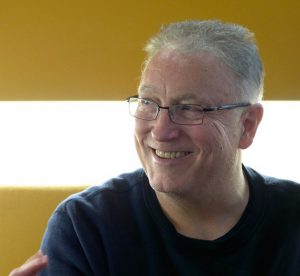 Greg Luft has recently been appointed as the interim Vice President of Marketing and Communications at Colorado State University.  Prior to that he as held a position with the university as a professor and chair of the Journalism and Media Communication department. His professional work before and during his academic career includes television news reporting and anchoring; documentary, educational, and corporate video production; and freelance video journalism. Before his work in academia, Luft worked in local TV news as a general assignment and investigative reporter, and news anchor in Wyoming, Florida, Oklahoma and Colorado. His independent productions focus on television writing and production, and the behavior of journalists. Greg was named a Colorado State University best teacher in 2013. He also has served in leadership roles for the Broadcast Education Association, College Media Advisors, and the Colorado Chapter of the Society of Professional Journalists. Greg teaches video in Urbino, Italy.