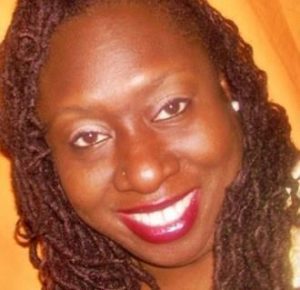 Asabi (Stephanie Howard) is an associate professor of theatre at North Carolina Central University, where she serves as the chairperson of the Department of Theatre and Dance. She has received the Kennedy Center American College Theatre Festival directing award (2017 and 2015) and NCCU College of Liberal Arts Awards in Outstanding Teaching, Scholarship and Playwriting. A graduate of North Carolina A&T State University and Wake Forest University, Asabi earned her doctorate at Regent University in Communications and Theatre. She has also taught at Norfolk State University and Bennett College, where she received the Board of Trustee’s Excellence in Teaching Award and the National Association of Bennett College Alumnae Faculty Service Award. As a performer, director, playwright and stage manager, Asabi aspires to immerse herself in nearly every aspect of theatre. She has directed shows such as “The Bluest Eye” and “for colored girls… & for black boys” (her original compilation), which were selected features at the 2015 and 2013 National Black Theatre Festivals; “The Color Purple,” “Ruined,” “Sarafina,” “Slappin’ God in the Face” (her original work), “Fabulation,” “Shakin’ the Mess Outta Misery,” “From the Mississippi Delta,” “Blues for an Alabama Sky” and “The Amen Corner.” She also authored “God Spoke My Name: Maya Angelou,” “Reaching for God with Dirty Hands and Tainted Blood” and “Distorted Beauty.” Among many stage credits, she has performed in “Four Queens No Trumps” (a 2011 National Black Theatre Festival production), “Steal Away,” “Intimate Apparel,” “Proposals,” “for colored girls...” and “Having Our Say.” Asabi co-directed “Ain't Mis-Behavin” at the Edinburgh Theatre Festival in Scotland and “Soul Rhythm: Sistah’s Voices” at the National Arts Festival in Grahamstown, South Africa. She recently compiled and directed a devised work, “The Mis-Education of Hip Hop,” in Florence, Italy. She is a contracted production stage manager with the NC Black Repertory Company.