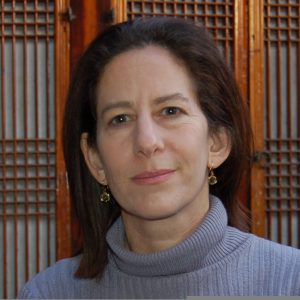 Barbara Demick is an award-winning journalist and author with a specialty in foreign affairs. She was bureau chief for the Los Angeles Times in Beijing and Seoul, and previously reported from the Middle East, Berlin and the Balkans for the Philadelphia Inquirer. She is the author of three books, most recently Eat the Buddha: Life and Death in a Tibetan Town (which was named as one of the best books of 2020 by the New York Times, Economist, Washington Post and Financial Times) as well as Nothing to Envy: Ordinary Lives in North Korea and Logavina Street: Life and Death in a Sarajevo Neighborhood. She was a press fellow at the Council on Foreign Relations, a Bagehot fellow in business journalism at Columbia University and a visiting professor of journalism at Princeton University.

Demick graduated from Yale College. Her work has won many awards including the Samuel Johnson prize (now the Baillie Gifford prize) for non-fiction in the U.K., the Asia Society’s Osborn Elliott prize, the Overseas Press Club’s award for human rights reporting, the Polk Award, the Robert F. Kennedy award, and Stanford University’s Shorenstein Award for Asia coverage. She had been a finalist for the Pulitzer, National Book Award and the National Book Critics Circle Award. She lives in New York City.