Students make great strides as communicators and global citizens when they take an intensive experiential summer course or internship abroad from the Institute for Education in International Media. ieiMedia offers a widening arc of communication and creative arts courses annually, such as: 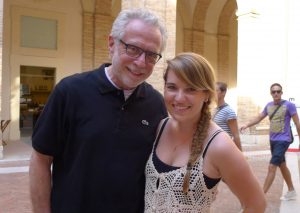 The focus of our work is to achieve authentic exchanges with peoples in other cultures and excellence in writing. We don’t do tourism. With an assist from interpreters, we interview and spend quality time with our subjects, and then we write or record what they tell us. We mediate international voices for a North American audience through Web publishing, media producing and performing. Our stories are their stories.

Transferable credits for all our courses come through our fully accredited academic partners at each program site or through the University of Jamestown at any of our programs. Students can also take our courses on a non-credit basis, which works well for the recently graduated.

Our alumni have gone on to professional careers with major media outlets, including the Chicago Tribune, Canadian Broadcasting Corp., Newsweek, CBS News, New York Magazine, the Hartford Courant, Wired, PCWorld, the Charleston Gazette-Mail and many local TV stations (find out more about our former students on the Alumni News page).

ieiMedia programs are open to English-speaking college students and recent graduates from all schools and in all disciplines. Teaching each course is a team of tenured professors from top American universities and prize-winning professional communicators. 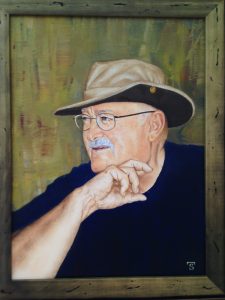 ieiMedia has been taking students abroad since 2001. It was founded by me, now a professor emeritus at Loyola University Maryland and on-line professor (Communications Leadership MS Program) at Gonzaga University.

Our projects aim to educate students in various media disciplines while inspiring them to explore a foreign culture. For each project, students produce a publication — a multimedia website, online magazine or video — about the overseas community where they live and learn. The stories produced range in subjects from economics and health care to food, culture, immigration and climate change.

My vision for journalism education is centered on an inductive approach to learning; this means practice usually precedes theory. Praxis provides the experiential context for understanding communication theory. Students are highly motivated by experiential learning, which teaches them to think and act independently. Experiential learning – as expressed though internships, workshops, and project-centered courses – is very high on the list of attributes that attract top students in significant numbers to programs such as ours.

At most schools, the quickening hands-on pace of a communications major makes it difficult for students to do the traditional junior year or semester abroad. That’s why more communications students are opting for short-term summer programs abroad that keep them on track with their major. But we also serve students from other disciplines seeking an experience different from the usual lecture/discussion format. 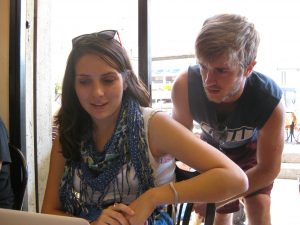 My commitment to experiential learning and international education derives from the Jesuit educational philosophy of engaging the world and developing the whole person. Initiative, professionalism and citizenship are among the hallmarks of our programs that support the education of the whole person beyond the mere acquisition of media skills. Applied ethics underlies all student decisions and actions in an experiential learning environment.

I believe that students should be committed to the values expressed in Joseph Pulitzer’s dictum, still found on the masthead of the St. Louis Post-Dispatch, that places the practice of journalism at the service of those who have no voices in the halls of power. This dovetails very nicely with the “peace and justice” commitment we find on many campuses today:

Prov. 31: 8-9 “Speak up for those who cannot speak for themselves, for the rights of all who are destitute. Speak up and judge fairly; defend the rights of the poor and needy.”

More than 1,200 students have participated in past programs. Students have come from more than 80 schools in the U.S. and Canada, including: